Sherlock Holmes has an IQ of 190, which is considered as a super genius and in top 0.1% population of the world. Sherlock Holmes IQ was estimated by John Radford in his book "The Intelligence of Sherlock Holmes and Other Three-pipe Problems. 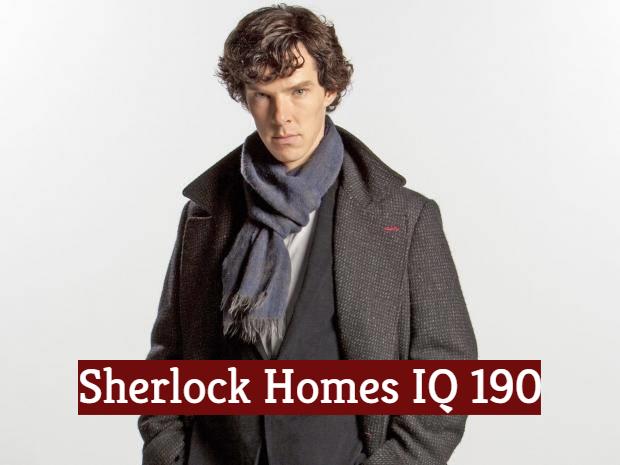 Sherlock Homes IQ 190.
You can test your IQ by Click here

Sherlock Holmes is a fictional private detective created by British author Sir Arthur Conan Doyle. Known as a "consulting detective" in the stories, Holmes is known for his proficiency with observation, forensic science, and logical reasoning that borders on the fantastic, which he employs when investigating cases for a wide variety of clients, including Scotland Yard. An estimate of Holmes's age in "His Last Bow" places his year of birth at 1854.

First appearing in print in 1887 (in A Study in Scarlet), the character's popularity became widespread with the first series of short stories in The Strand Magazine, beginning with "A Scandal in Bohemia" in 1891, additional tales appeared from then until 1927, eventually totalling four novels and 56 short stories.

All but one are set in the Victorian or Edwardian eras, between about 1880 and 1914. Most are narrated by the character of Holmes's friend and biographer Dr.Watson, who usually accompanies Holmes during his investigations and often shares quarters with him at the address of 221B Baker Street, London, where many of the stories begin.

Sherlock Homes and Batman, Who is more intelligent? What is Batman IQ score?

Though not the first fictional detective, Sherlock Holmes is arguably the best known, with Guinness World Records listing him as the "most portrayed movie character" in history. Holmes's popularity and fame are such that many have believed him to be not  a fictional character but a real individual, numerous literany and fan societies have been founded that pretend to operate on this principle.

Widely considered a British cultural icon, the character and stories have had a profound and lasting effect on mystery writting and popular culture as a whole, with the original tables as well as thousands written by authors other than Conan Doyle being adapted into stage and radio plays, television, films, video games, and other media for over one hundred years.

Holmes's primary intellectual detection method is abductive reasoning. Holmesian dedution consists primarity of observation-based inferences, such as his study of cigar ashes. "From a drop of water", he writes, "a logician could infer the possibility of an Atlantic or a Niagara without having seen or heard of one or the other".

Deductive reasoning allows Holmes to learn a stranger's occupation, by studying inanimate objects, he makes deductions about their owners. The detective's guiding principle, as he says in The Sign of the Four and elsewhere in the stories, is: "When you have eliminated the impossible, whatever remains, however improbable, must be the truth". 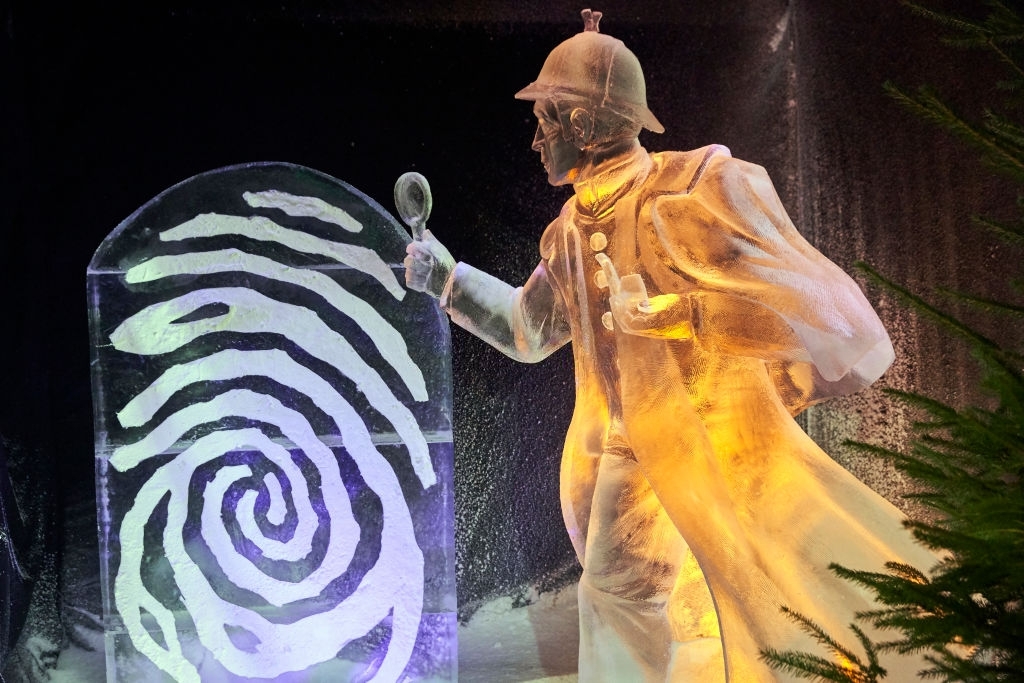 Holmes knowledge of tens of subjects that comes from observation: "I can distinguish at a glance the ash of any known brand, either of cigar or of tobacco". Holmes has the power to detach his mind: " Sherlock Holmes had, in a very remarkable degree, the power of detaching his mind at will. For two hours the strage business in which we had been involved appeared to be forgotten, and he was entirely absorbed in the pictures of the modern Belgian".

He is the "Big Daddy" of disguise. The number of times he fools Waston, who lives with him - is crazy. He 's book collector in The Empty House, he's a rough guy in the village, in The Hound of the Baskervilles, he's clergyman in A Scandal in Bohemia, a plumber in Charles Augustus Milverton - and what not!