If anyone who has watched Muhammad Ali speak and is gullible enough to even wonder if Muhammad Ali had an actual IQ of 78, has an IQ even lower than 78.

Muhammad Ali (born Cassius Marcellus Clay Jr., January 17, 1942 - June 3, 2016) was an American former heavyweight champion boxer and one of the greatest sporting figures of the 20th century. From early in his career, Ali was known as an inspiring, controversial, and polarizing figure both inside and outside the ring.
What is Jayne Mansfield
IQ score? 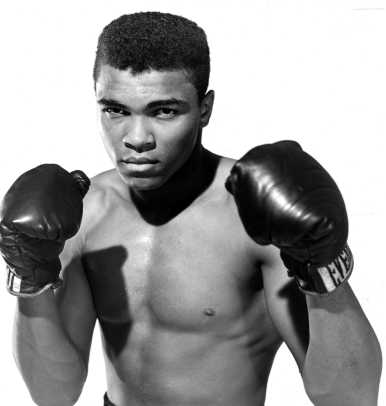 Muhammad Ali IQ - 78.
You can test your IQ by Click here

I. Muhammad Ali IQ test before the Vietnam war

It's true he scored a 78 on an IQ test for the army enlistment when he was drafted for the Vietnam war. After scoring a 78 on a 1964 Army IQ test - "I said I was the greatest, not the smartest" - Ali was classified 1-Y: "Not qualified under current standards for service in the armed forces". Two years later, as the war continued to escalate, the Army lowered its minimum score for service, and Ali was reclassified 1-A. In 1967, he refused induction as a Muslim and a conscientious objector- "I have searched my conscience, and I find I cannot be true to my belief in my religion by accepting such a call". He was eventually arrested, found guilty of draft evasion charges, and stripped of his boxing titles. He successfully appealed the decision to the U.S.Supreme Court, which overturned his conviction in 1971, by which time he had not fought for nearly four years and thereby lost a period of peak performance as an athlete. Ali's actions as a conscientiuos objector to the war made him an icon for the larger counterculture generation.

Ali is regarded as one of the leading heavyweight boxers of the 20th century, and remains the only three-time lineal heavyweight champion. During 1964, Ali reigned as the undisputed heavyweight champion. His record of the most win in heavyweight title bouts in modern boxing history at 22 was unbeaten for more than 35 years. Ali is the only boxer to be named The Ring magazine  Fighter of the Year six times. He was also ranked as the greatest athlete of the 20th century by Sports Illustrated, the Sports Personality of the Century by the BBC, and the third greatest athlete of the 20th century by ESPN SportsCentury. Nicknamed "the Greatest", he was involved in several historic boxing matches. Notable among these were the first Liston fight; the "Fight of the Century", "Super Fight II" and the "Thrilla in Manila" againts his viral Joe Frazier, and "The Rumble in the Jungle" against George Foreman.

The glib Muhammed Ali achieved great success, despite  his IQ of 78, which psychiatrists call "borderline intellectual functioning" and is just a notch above mildy retarded. May be, Ali was highly intelligent even more than he often allowed to be known. Commenting on fighting the young Ali, George Chuvalo said: "He was just so damn fast. When he was young, he moved his legs and hands at the same time. He threw his punches when he was in motion. He'd be out of punching range, and as he moved into range he'd already begun to throw the punch. So if you waited until he got into range to punch back, he beat you every time."

Of his later career, Arthur Mercante said: "Ali knew all the tricks. He was the best fighter I ever saw in terms of clinching. Not only did he use it to rest, but he was big and strong and knew how to lean on opponents and push and shove and pull to tire them out. Ali was so smart. Most guys are just in there fighting, but Ali had a sense of everything that was happening, almost as though he was sitting at ringside analyzing the fight while he fought it."

One of Ali's greatest tricks was to make opponents overcommit by pulling straight backward from punches. Jimmy Jacobs, who co-managed Mike Tyson, used a synchronizer to measure young Ali's punching speed versus Sugar Ray Robinson, a welter/middleweight who was considered pound-for-pound the best fighter in history. Ali was 25% faster than Robinson, even though Ali was 45-50 pounds heavier. Ali's punches produced approximately 1,000 pounds of force. Jacobs said: "No matter what his opponents heard about him, they didn't realize how fast he was until they got in the ring with him". 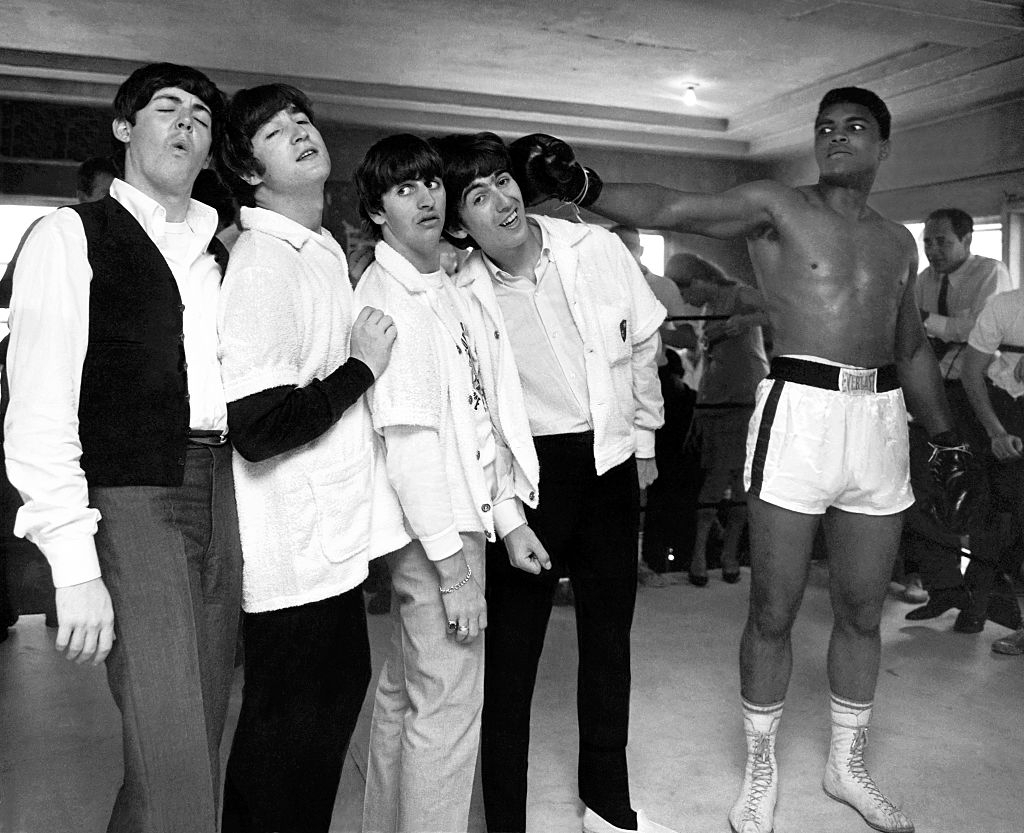 Ali often used rhyme schemes and spoken word poetry, both for when he was trash talking in boxing and as political poetry for his activism outside of boxing. He played a role in the shaping of the black poetric tradition, paving the way for The Last Poets in 1968, Gil Scott-Heron in 1970, and the emergence of rap music in the 1970s. In 1963, Ali released an album of spoken word music on Columbia Records titled I Am the Greatest, and in 1964, he recorded a cover version of the rhythm and blues song "Stand by Me". I Am the Greatest reached number 61 on the album chart and was nominated for a Grammy Award. He received a second Grammy nomination, for "Best Recording for Children", with his 1976 spoken word novelty record, The Adventures of Ali and His Gang vs Mr.Tooth Decay.

After retiring from boxing at age 39 in 1981, Ali devoted his life to religious and charitable work. In 1984, Ali was diagnosed with Parkinson's syndrome, which his doctors attributed to boxing-related brain injuries. As his condition worsened, Ali made  limited public appearances and was cared for by his family until his death on June 3, 2016, in Scottsdale, Arizona.