What is a Einstein's IQ?

Albert Einstein (1879-1955) was a brilliant and brilliant scholar in the history of human development. He has made great contributions to general relativity as one of the two pillars of modern physics.

I. What was Albert Einstein's IQ?

The exact IQ of the genius scientist Albert Einstein has not been determined yet because he has never undergone the tests. However, IQ experts estimate Einstein's IQ ranges between 160 IQ and 190 IQ. If you do not know your IQ, you can test it by Click here. Albert Einstein was born in 1879 in Germany and is best known for developing relativity theory, one of two theories that provide the basis for our entire modern understanding of physics.

He was also involved in the development of nuclear fission, which later gave him mixed emotions when applied to nuclear weapons, particularly the atomic bomb. Albert Einstein died in 1955 due to aortic aneurysm. 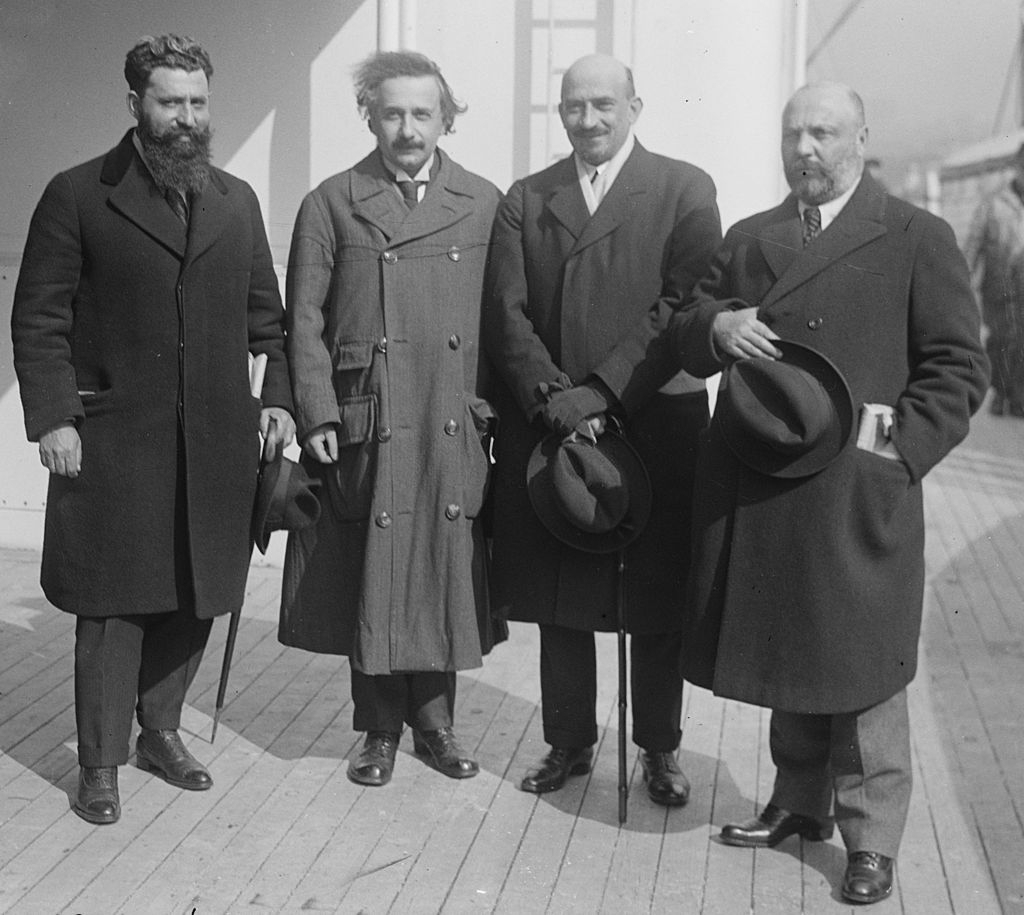 1. Einstein was a slow-talking boy

Although Einstein's IQ is very high, he is a slow-talking kid. Even his parents had to take him to the doctor. "My parents were so scared that they had to consult a doctor," Einstein later recalled. Even at about age two, when he began to speak some words, he had a bad habit that made his family call him "idiot". Whenever you want to say something, you will have to say it yourself, by mumbling to yourself until you hear it. "Every sentence he says, though he said so many times, he would reconsider himself," Einstein's sister remembers. "He spoke so hard that everyone around him was afraid he would never learn."

In addition, Einstein is very upset with the authorities. One time the headmaster kicked him out of the school because of a backward and slow comprehension. But it was these things that made Einstein a genius.

His stubborn attitude to the authorities prompted him to ask very intelligent questions; As well as the slow speech, he was constantly curious about the most ordinary things, such as space and time, things that adults always considered to be something of course. At age five, his father gave him a compass, and since then he has always wondered about the characteristics of the magnetic field for the rest of his life.

Some researchers believe Einstein's childhood autism. Simon Baron-Cohen, director of autism research at Cambridge University, is one of them. He suggested that autism was associated with "a highly systematic tendency and particularly poor empathy." He pointed out that the trend itself "explains the exceptional ability in subjects such as mathematics, music, and painting of people with autism. All of these areas need to be highly systematized. "

However, from an early age, Einstein had grown up with many friends, had profound relationships, liked to chat, and communicated well by telling people as well as sympathy with friends or people. general.

Many have claimed that while they were still in school, Einstein had failed math. If you search on Google with the keyword Einstein failed math, there are over 5,000 references. Even so, the information above is the money to create the "news or not news of Ripley" well-known in the newspaper.

In 1935, a Jewish rabbi in Princeton gave him a look at Ripley's entry with the words "the greatest mathematician ever skipped math." Einstein laughed: "I have never failed math. Before age 15, I was proficient in differential and integral calculus. "In elementary school, he always led the class and always" learned beyond the requirements of the school "in mathematics.

At the age of 12, his sister remembers, "Einstein liked to solve difficult problems in applied arithmetic." And Einstein decided to study geometry and algebra first. Einstein's parents bought books for him so that he could study during the summer holidays. Not only did he learn the clauses in those books but also tried to prove his new theorems. He even made his own way of proving the Pythagorean theorem by

4. Einstein thinks more in pictures than in words

His great inventions were obtained through experiments imagined in his mind, not in the laboratory. This is called Gedankenexperiment - non-experience thinking. At the age of 16, he tried to imagine in his mind what he would do if he walked along a line of light. If we catch up with the speed of light, is the light wave standing still in comparison with humans?

Maxwell's famous equations describing electromagnetic waves do not allow that. Einstein knows mathematics is the language that expresses the wonders of nature. So he can clearly see how the equations are reflected in reality. With

Einstein's IQ of 160 to 190 and 10 years later, he had been experimenting with his own mind until the day of the theory of relativity.

5. Einstein used a painting of ideas for special relativity

Einstein visited the Mount Wilson Observatory, which had the world's largest telescope of that time.

Along with other things, Einstein imagined lightning striking at both ends of a moving ship. A person on the side of the train can see lightning strikes at both ends of the train at the same time. But somebody on the train found them to appear to have occurred at two different times.
As the ship is moving forward, the flashing light in front of the ship approaches the person before lightning hits the rear of the ship. From there, he realized that simultaneity was related to the position of the observer. And also he came up with the idea that there is no such thing as absolute time. The time has come. 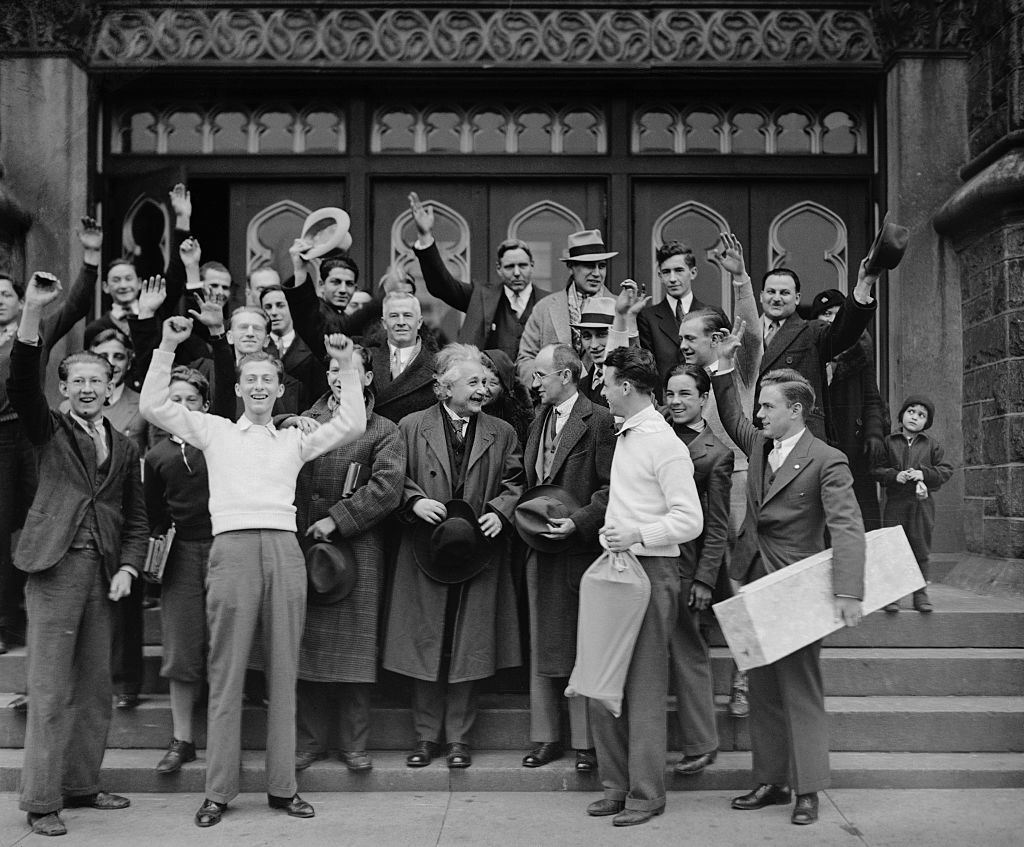 6. Which experiments have led Einstein to general relativity?

He imagined a man free fall. To see what that person sees, imagine a person in a closed elevator chamber running down. He would float in the elevator chamber and whatever he had pulled in his bag would drop and float freely alongside him, just as he stood in a closed, gravity-free room. out of space.

On the other hand, imagine a woman in a closed room, walking into space, without gravity. She would feel pulled down to the floor as if she was attracted by gravity. From thinking about the balance between gravity and acceleration, Einstein built up general relativity.

7. Is there a picture of the mind that describes Einstein's conclusions about general relativity?

He points out that gravity is the result of time and space being bent. It can be described in the following imaginary experiment. Imagine if you roll a bowling ball on the two-way surface of a trampoline. When moving, it will bend the canvas. Then roll a few billiard balls.
They move towards the bowling ball, not because the bowling ball has some mysterious gravity, but because of the curve, it creates on the trampoline. Now imagine this happening in the four-dimensional canvas of space and time. Not easy. But that's what we can not, Einstein can.

8. The best year for Einstein?

In 1905, Einstein graduated from university, but he did not make his doctoral dissertation acceptable and could not even teach Einstein's IQ. So he worked six days a week at a Swiss patent office as a third-class investigator. During his free time, he published four articles that overturned a number of physical theories.

The first article shows that light can be identified as a molecule or a wave. The second article demonstrates the existence of atoms and molecules. The third is about relativism, which says there is no such thing as absolute time or space. And lastly, he paid attention to the balance between energy and mass, expressed by the famous equation: E = mc2. 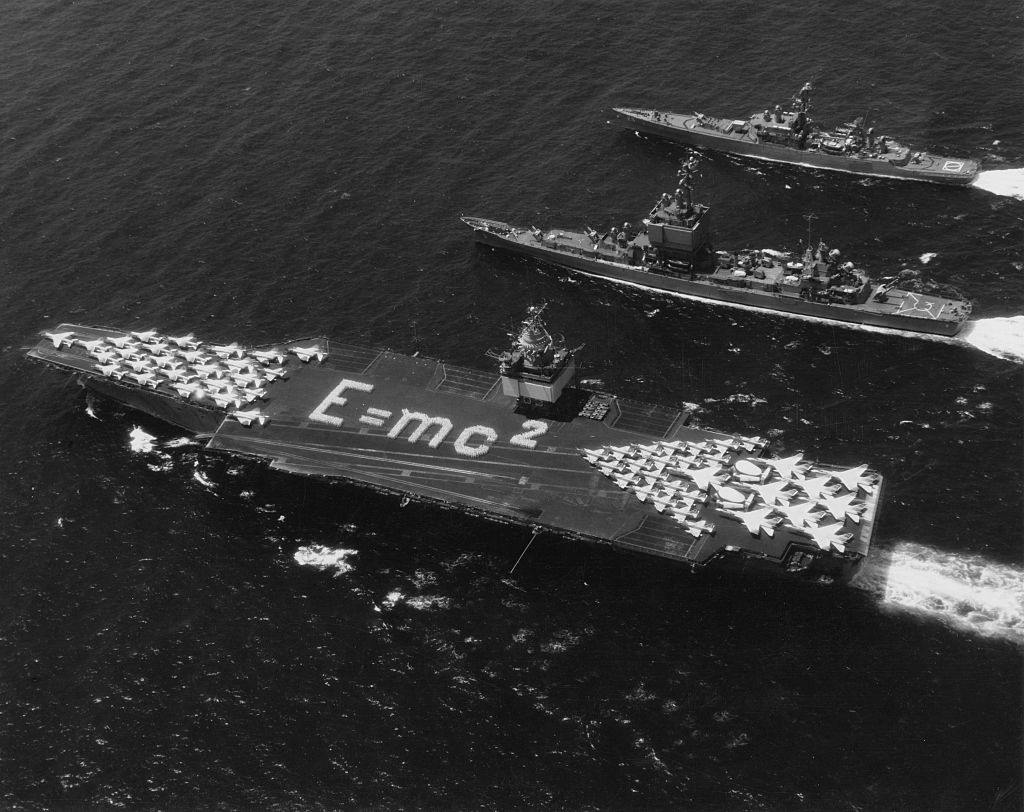 Mari is the only girl in his physics class at university. They fell in love with each other and had a daughter when they were not married. Therefore, he had to adopt the child for adoption without seeing his face. When married, they have two more sons. But in the end, their relationship breaks down.

Einstein wanted a divorce, and made the suggestion: He knew one of the 1905 papers would win the Nobel, and if Mari agreed to divorce him, he would give her all the money. Mari thought for a week and accepted the offer. But because Einstein's theories were so advanced, it was not until 1922 that he was awarded the prize and Mari received the money for the divorce.

10. Mileva Mari is a collaborator of Einstein

Mari helped Einstein in mathematics. She patiently endured Einstein, but Einstein had to endure even more. However, if they analyze their correspondence and statements later, all the concepts are of Einstein. But it is impossible to overlook the possibility of overcoming most difficulties that a woman would like to become a physicist like her at that time to face.

11. How is Einstein's theory of relativity?

At first, scientists doubted the correctness of general relativity. But during the eclipse of 1919, scientists measured how light from the stars passing near the sun was bent by the gravity of the sun. At that time, Einstein's theory was recognized.

For the first time, the New York Times snatched the headline: "All light is bent in the heavens." Scientists are more or less curious as to the result of Einstein's eclipses. From then on became a superstar in the scientific world, the idol of humanity and one of the most famous faces on the planet. The public races to study his doctrine, judging him to be a genius and as a living saint.

12. Why did Einstein wait so long to receive the Nobel Prize?

First of all his 1905 articles were considered to be unsuccessful and unconfirmed. He was nominated for the first Nobel Prize in 1910. The main nominee was Nobel laureate Wilhelm Ostwald, who declined to accept Einstein nine years earlier. Ostwald cites narrow specialism, but the Swedish Nobel committee reprimands the terms of Alfred Nobel's will, which must be "the most important discovery or discovery." It seems that Einstein's theory of relativity is not quite so.

But the results of the eclipse observed in November 1919 confirmed some parts of Einstein's theory. And it would have been in 1920 that Einstein's year. But it was politically interfered. Einstein did not receive the Nobel Prize in science only: his work was purely theoretical; it was not a "discovery" of the new law. After observing the eclipse, the arguments against him were tinged with cultural and personal prejudice, including anti-Semitism. So the 1920 Nobel Prize fell to Einstein's rival: Charles-Edouard Guillaume.

But by 1921, public support for Einstein had grown so strong that he could win the Nobel. However, the Nobel Committee is still not ready. Finally, thanks to the "life buoy", Einstein won the Nobel. The lifeboat was Carl Wilhelm Oseen, a theoretical physicist at Uppsala University, who was a member of the Nobel Prize Committee in 1922.

He realized that the whole issue of relativity caused Much controversy, so it's better to give Einstein a different prize. And he actively campaigned for Einstein to "discover the law of the photovoltaic effect." Each word in the prize name has been carefully calculated. Thus, the final nomination for relativism was nothing. In fact, the award was not a recording of Einstein's light quantum theory, although that was a key issue in his 1905 papers. It is not for any theory. It is for "The discovery of a law".

Einstein with Einstein's IQ of over 160 was the author of the Nobel Prize in 1921 "for his dedication to theoretical physics and especially to the discovery of the law of the electro-optical effect."The committee awarded him. Einstein never won a Nobel Prize in relativity or gravity".

Einstein's life was colorful, bright and dark. With his transcendental wisdom, he is a genius who always respects people. Therefore, it is estimated that 190 Einstein's IQ is not wrong at all!
<<< Click here >>> Leonardo da Vinci - 220