To describe a person with IQ 109, he/she must be very self-aware and clever. He/she has his/her own opinions and has enough insights to understand most people around. Higher education is of high possibility and so is high management position.

Measurements of human intelligence have been a controversial topics for decades. We agree to use IQ score as a standard to evaluate and compare human intelligence. The IQ test are developed and revised frequently by scientists to make sure the results are most reliable. But we also know that intelligence has different types which we can improve by practising and broadening our knowledge. That's why IQ score is mostly for reference and it does not necessarily represents your full potentials. But it's for sure say something about you.

If you have IQ 109, what does it indicate? Let's go through the explanation below to better understand your capacities. 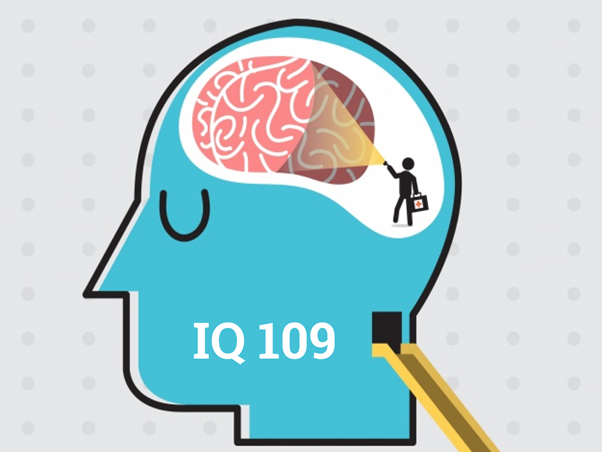 IQ 109 falls into Average group but it's high average. It nearly reaches the group Superior. You can count yourself lucky that you can make friends with most people, both of Average and High intelligence.
To describe a person with IQ 109, he/she must be very self-aware and clever. He/she has his/her own opinions and has enough insights to understand most people around. Higher education is of high possibility and so is high management position. 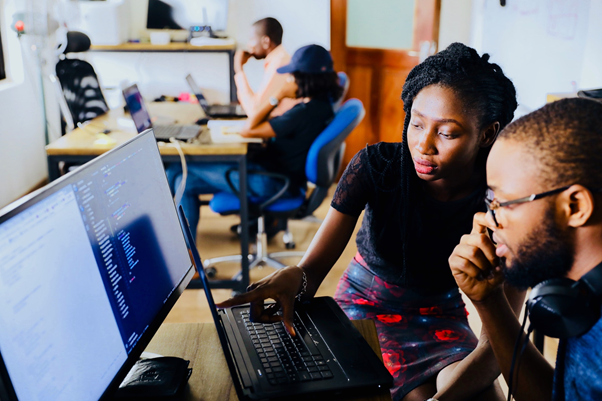 But there are other important factors for us to consider, such as characteristics, motivations and interests. You can either lead a successful life or average 9-to-5 life with your IQ of 109. There is no guarantee for outstanding achievements here. But there is one thing of certainty that your communication range is wider and including both average and highly intelligent people. Plenty of opportunities and turning points are awaiting if you know how to leverage the given range.

And once again, please keep in mind that success is a combination of various factors and intelligence is only one of them. If its paired with great motivations and genuine desires to improve your life and the others, the result will be impressive. On the other hand, indifference, revenge and cruelty can turn your intelligence into dangerous weapon like the following case.

Charles Manson was born to a 16-year-old girl Kathleen Maddox in 1934 in Ohio. His father was unknown at that time so he was first called Charles Milles Maddox. His father then was found to be Colonel Walker Henderson Scott Sr., who was locally known as a fraud. He left Maddox when she was pregnant, telling her he was leaving to serve the army.

Maddox married William Eugene Manson before the birth of Charles Manson so he took his last name. His parents soon separated and Manson was continuously neglected by them. His mother went to jail in 1939 for a robbery, leaving Manson to his aunt and uncle. She was released back to life 3 years later but she continued drinking every evenings and ended up getting arrested again for personal property theft. We can hardly know if Charles Manson inherit his IQ 109 from his parents but obviously, his childhood was ruined by them.

His first offense committed when he was nine. He set his school on fire. Since he was 13, he was sent to foster home and juvenile detention center. But he kept running away and committed robbery and theft for a living. He went to  Gibault School for Boys (1947), Boys Town (1949), Indiana Boys School (1949),  Washington, D.C.'s National Training School for Boys (1951). He took an aptitude test in the latter and was recorded to get IQ score of 109, even though he never went to school. From 1951 to 1957, Manson continuously committed disciplinary offenses within the reformary he was sent to. He was released in 1954 and married with a waitress in 1955 but shortly after that, he stole a car and was imprisoned for 3 years in 1956. 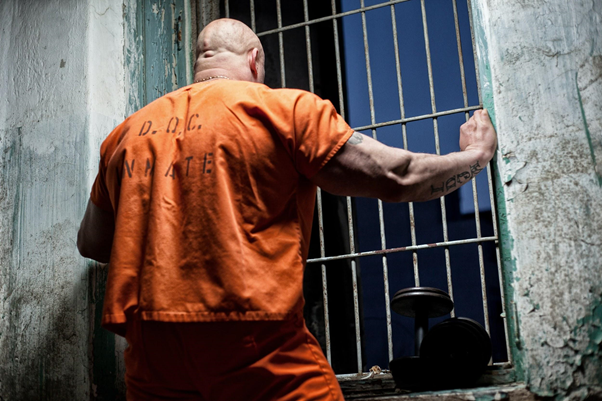 He was paroled in 1958 and received a 10 year suspended sentence after trying to cash a stolen check. He was sent to Los Angeles County Jail to the United States Penitentiary at McNeil Island, Washington in 1961 for violating the probation. He took guitar lessons there from another prisoner and somehow got contact of someone at Universal Studios in Hollywood. With his IQ of 109, he soon caught up with all the lessons and later became singer and songwriter.

He was released in 1967 at the age of 34. But he requested to stay because he had spent half of his life until then in the prison and institutions. Even though he has high intelligence IQ 109, he could hardly start a normal life all over again at that time. The prison had become his home, he told the authorities.
Of course, his request was denied and he was discharged in 1967. He then formed a group of followers and mostly young women to commit crimes under his orders. Those women were previously ordinary individuals who were employed as librarians, musicians or college students. They were manipulated by Manson and follow his orders without hesitation. There were murders, robberies, assaults and thefts reported.

Manson and 3 of his followers were tried for the murder of Tate and LaBianCa in 1970. His followers and the Manson Family had camped outside the courthouse and drastically defended him, even by threatening to immolate themselves. In 1971, Manson and 3 other defendants were sentenced to death.
In 1972, he was re-sentenced to life as the death penalty was ruled out. In 1977, he was caught selling drugs in Corcoran State Prison. He died from cancer in 2017.

During his time in prison, he managed to record an acoustic album “Completion” in 2010 with only 5 copies for him and his friends. He once released an album “LIE” in 1970 with an intention of becoming a music star. The murder of Sharon Tate was motivated by Manson's personal revenge on a music producer, who previously rented the house Sharon Tate was living.

Manson's life has become a source of inspirations for documentaries and horror fictions by directors from different countries. Manson and his family became the main characters in around 20 fiction movies and novels. Documentaries based on materials, tapes, and witnesses to his cult are listed below:
The IQ score of 109 could be a perfect ground to start for anyone. But when it's combined with hatred, antisocial disorder and cruelty, crimes and murders were carried out, just like Manson did. He took advantage of his intelligence to manipulate and destroy others' lives. In a nutshell, that's how you use and develop your intelligence matters the most.
<<< Click here >>> What does IQ 122 mean?